This is my first NES homebrew game, GRAVEYARD DUDE. It was built using the Retro Puzzle Maker, after which I heavily modified it with new graphics and music:

There are two packages currently available:

For free you can get a special FREE BETA BUILD DEMO which is a short 12-puzzle mashup of early draft versions of the puzzles and graphics ideas with the music and game features (run button, music changes in-game, etc) of the complete version without spoiling the ending.

Additionally, there is a second FREE ENHANCED DEMO designed specifically for the NESDEV Comp 2022. This one is the first 12 stages of the final version of the game in full color and all features you can expect in the final game with a custom ending at completion that does not spoil the actual ending of the complete version.

Also available for free are your choice of a yellow or blue retro instruction manual PDF, which are loosely inspired by the NES and Famicom manuals for Ghosts N Goblins.

The GRAVEYARD DUDE purchased version has 33 puzzles, a new ending and special achievement screens and messages for completing the game at different lengths of time. Also included is a full NSF soundtrack of the game and THE GRAVEYARD, a short all-cutscene story game about Sir Heinrich and Princess Aryxe.

SEPT 22, 2022 - Tenatively trying out embedding a JSNES emulator through Ninjapad to allow folks to try out playing GRAVEYARD DUDE in the itchio browser game window without having to download a demo. I'm having some trouble getting it to look and sound right on my browser but my computer is 5000 years old and uses Linux. I might need to fool around with some settings that I don't currently understand. In either case, play at your own risk, the demos are still there for free to play on your offline emulator of choice.
JSNES Github - https://github.com/bfirsh/jsnes
NinjaPad Github - https://github.com/ninjadynamics/ninjapad#readme

In order to download this game you must purchase it at or above the minimum price of $6.66 USD. You will get access to the following files:

How do I get a copy of Graveyard Dude on a real NES cart? I saw a copy on Twitter.

Unfortunately I am already sold out of the prototype carts. There will be an official cartridge run by Mega Cat/Video Game Sage in the next few weeks, so keep an eye out for that!

Okay. Thanks for the advance notice.

Hello, Any update on the physical release of Graveyard Dude? Let me know. Thanks!

I've signed all the paperwork with Mega Cat for the release, so it's definitely happening. There's going to be a Kickstarter next year with a full-on professionally animated trailer. Getting all the marketing stuff for the trailer seems to be the thing we're all waiting to come together now. So stay tuned!

Sounds great! I am aware of all new NES kickstarter campaigns. I will keep my eye out for it. Thanks for the update.

Groovy music, if it isn't already on Spotify, it should be!

It would be great if the demo were available for free to check the game out (right now its included in the paid version).

Way ahead of ya! Check back in two days, was already planning on releasing a public demo on September 1st.

The original GRAVEYARD DUDE demo was a commissioned piece for the INDIEPOCALYPSE indie games bundle, which is its own cool project and I didn't want to step on their ability to make sales by offering content from it for free. But September 1st marks three months on there, which I figure is a reasonable enough time for them to have gotten all the initial sales out of the way.

Not to give the impression this was their decision, they specifically only had distribution rights until the end of June and it was released back to me at the beginning of July. I just chose to keep it behind a paywall for a couple more months to support them.

Thank you for understanding and I hope you enjoy the demo when it goes live! Stay tuned!

Oh lol I just realized comment is because of my entry of this game into the NESDev Coding Competition 2022. I genuinely hope that not having a public demo available already wasn't considered untoward or inconsiderate, even if it technically doesn't break the rules.

I guess there's no real - reason - I couldn't just make the demo public right now instead of two days from now. But I also guess it wouldn't make a huge difference either way this early in the competition.

I'll resubmit after the demo goes live. This won't be my only entry. Thanks for checking in!

Demo is available for free now, thanks for checking in! 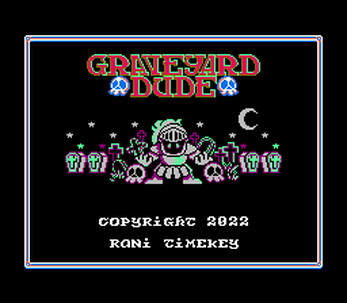 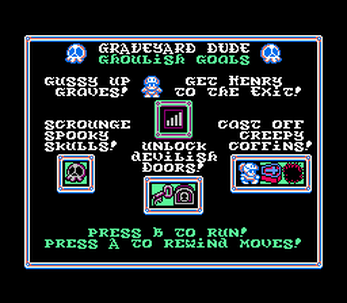 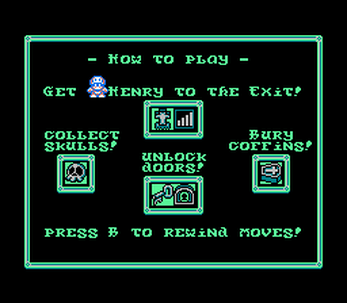 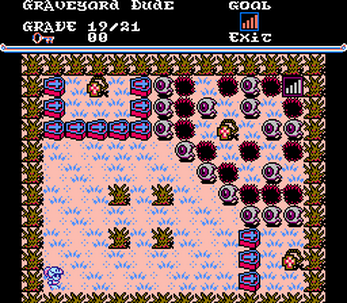 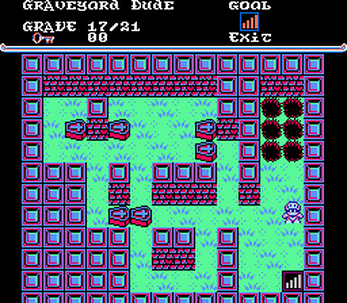